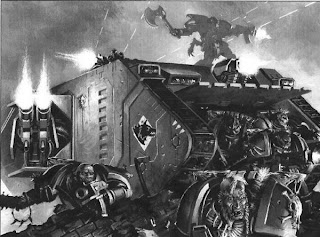 So what do you think a good idea? Something Different? Or better of doing it as Blood Angels?
Posted by MC Tic Tac at 14:47