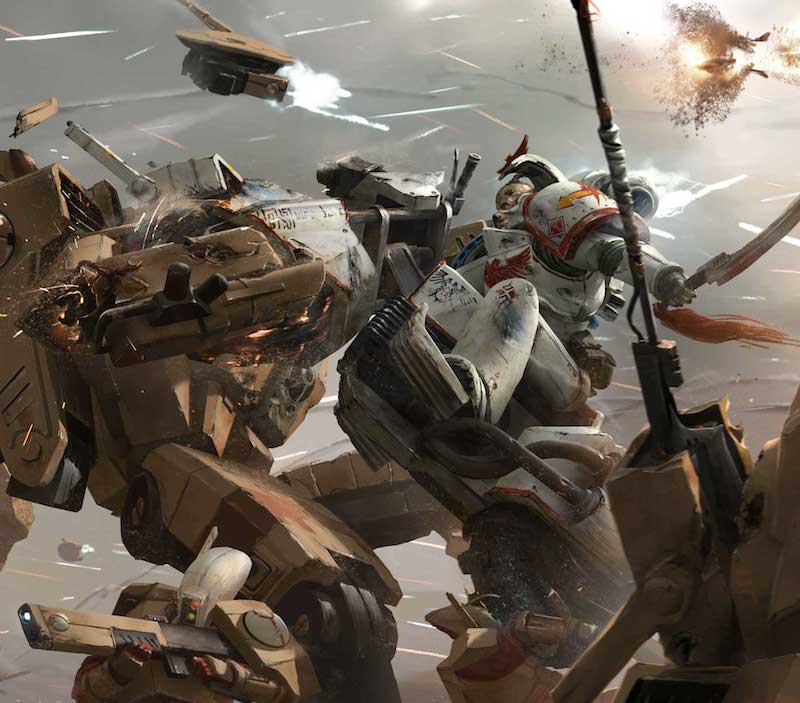 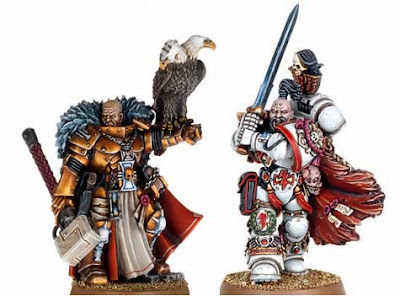 I originally started this blog to get my Space Wolves sorted out, now it's this lists turn and I have till the end of January for the legendary Scottish ETC fundraiser Caledonian Uprising.
Posted by MC Tic Tac at 22:00 4 comments:

Another crazy idea on the night shift.....

Fear of Darkness is great against most infantry hordes. Blood Lance for Mech car parks.

We all know Jaws. Fury if it inflicts a wound causes another morale test (combos later). 2x Choosers stops infiltrating Kroot screens as together pretty much cover the board.

As BA libbys but Av13

2 in to Grey Hunters, 1 as a line breaker hiding

So combos with the Base Codex powers - Fear of Darkness instantly causes a morale test at -2LD. Now go to page 30 in the rule book - Morale and Falling Back - if you are already fleeing you fail all morale checks. With 5x Fear of Darkness that can be a couple of units fleeing multiple times in one turn, in addition to tests taken from shooting casualties (unlikely) but Fury of the Wolf spirits/multiple Jaws/bolter/melta/plasma kills could force another.

With Tau the chooser force the Kroot/Infiltrate screens to outflank, or deploy in their deployment zone normally which then gives you more than enough space/range to mind bullet away.

It's got some very obviously bad match ups (Horde Orks), but you can swap out for psychic screech vs fearless/daemon armies etc and divination/telekinesis on all 7 psychics (or telepathy on the BA). Has a maybe a decent chance vs a blob, but if you can make it run turn one it's so big it's more than likely off the board, but you have harder barriers to break through.

Mind you I could be wrong, it just a crazy (and possibly lack of sleep induced) idea. 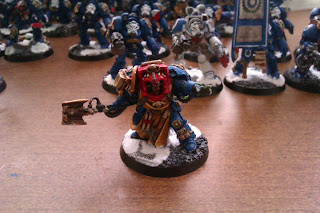 So with Blog Wars 5 due in just under 2 weeks time I have finally finished my 1850pts Ultramarines for the event. 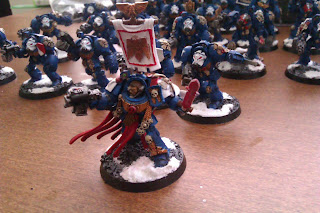 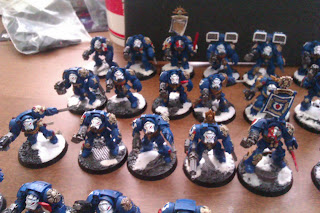 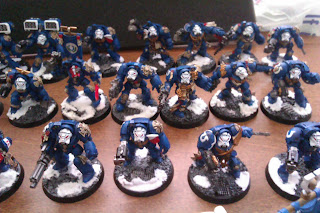 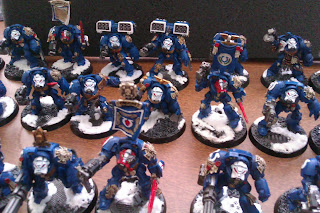 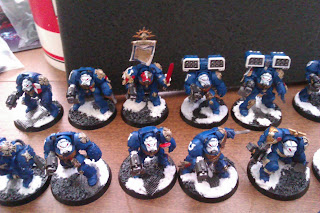 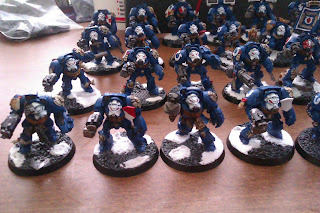 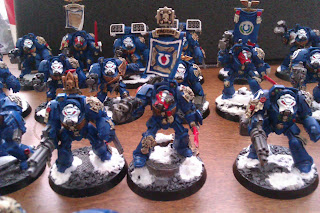 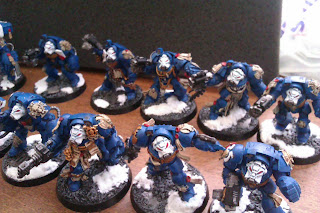 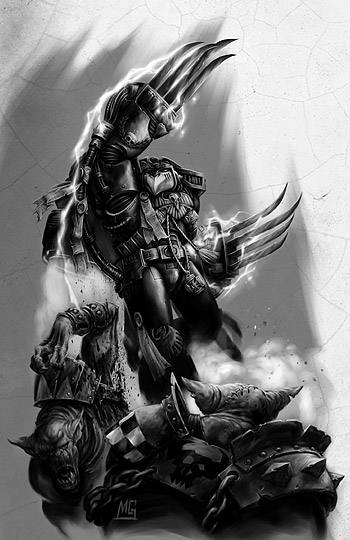 So a few folks would of known by now that Faiet 212 and Bell of Lost Souls are out of action! 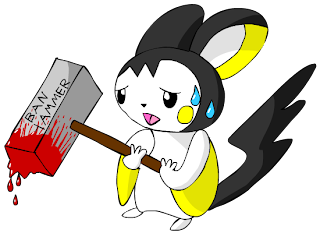 Well as this link shows both have been hot by the GW legal team.

In my opinion if Chapterhouse were not so stubborn perhaps GW would of never gotten this aggressive against online content - but who can say for sure?

Of course living in Nottingham does have it perks and I can tell you that at least 2 other big names are in their cross hairs but of course that would be telling and dropping friends in the shit. 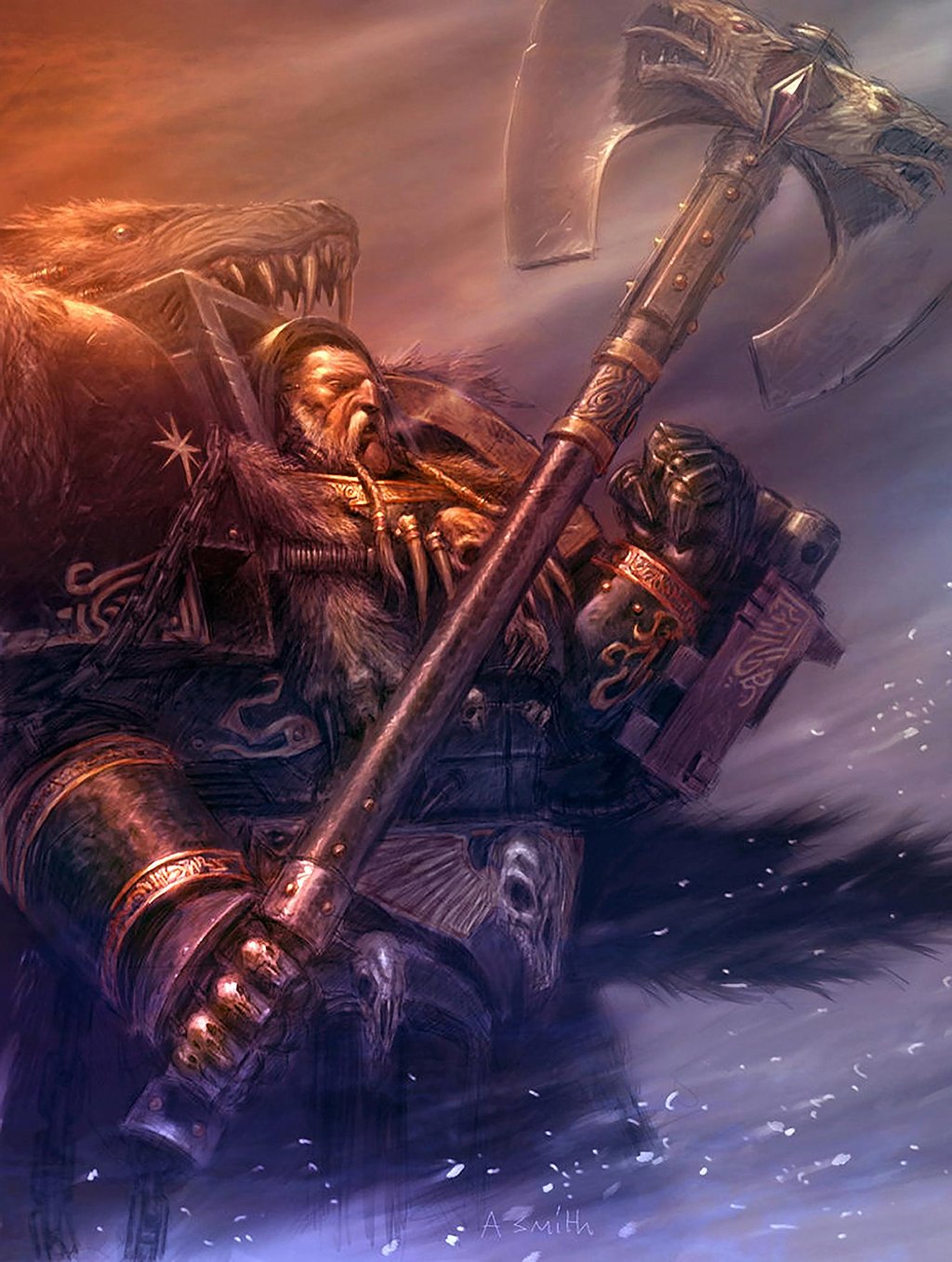 So I am thinking of my list for Blog Wars 5 and I'm leaning towards an all Terminator list so this naturally
leads me down the path of Deathwing or Loganwing.

At the moment I'm leaning towards this list using Space Wolves:

But it requires too MASSIVE proxies:

Now I'm looking at this because I really, really want to put 42 Terminators on the table. But the big question is would YOU readers, friends, or fellow blog war players let me do this and/or would it leave a sour taste in your mouth?