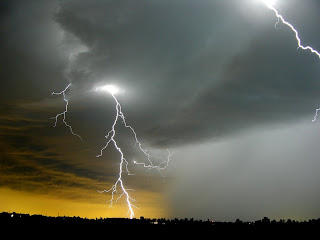 The selection of Space Wolf Psychic powers are some what varied but normally all you see on the table top is Jaws of the World Wolf, and Living Lightning. Occasionally you might see Murderous Hurricane - normally if the Wolf player is using two Rune Priests.

But with the advent of Blood Angels, Dark Eldar, Grey Knights, Necrons and now oddly other builds designed to combat mainly Grey Knights the Sons of Russ are left behind in the speed department. So how does Tempest's Wrath combat this?

Well lets look at it's effect:

Tempest's Wrath
The Rune Priest brings the rage of the storm to a roaring climax, frost-fingered wind spirits whipping those who intrude upon their domain out of the skies and smashing them upon the stony ground. (fluff)

Verses skimmers it's only a 1 in 6 chance to get immobilised but against a skimmer heavy army like Dark Eldar make them roll enough dice and bad things will happen. This can make the enemy think twice about moving flat out with his transports as he risks losing the transport and the unit inside! 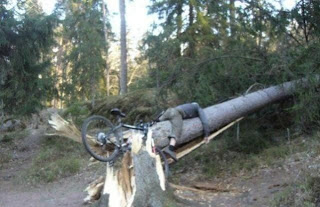 Against DoA Blood Angels/Jump Infantry this can be devastating, not only will 1 in 6 marines drop dead from the sky, even in the assault phase they are rolling for difficult and dangerous terrain, so will Blood Angel Librarians and Mephiston with Wings activated. In addition to the dangerous terrain tests your opponent has to roll for each individual model so he has to roll for the Sergeant, special weapons etc, and even if the only casualty is the Sergeant with a power weapon/fist that's enough to turn a combat into your favour.

Against Jet Bikes it can devastating as any unit with the Turbo Boost USR can only do so if they do not start, end, or at any point go through difficult terrain. So for example against the Jet Bike Seer Council of Doom you have just brought yourself an extra turn or 2 of shooting at them and denied them their cover save of 3+!

But more than anything else it's a psychological weapon, if your opponent starts to thing about what ifs and maybes then it's going to make your life a lot easier.
Posted by MC Tic Tac at 23:31