But first off I have to explain something about (my) reviewing. Many, many of my fellow bloggers have reviewed this as fans. Hardcore Fans. Fans who will be unforgiving about the smallest of lore mistakes.

I too will review this as Hardcore Fan, but also as a former student of Media and Films. But unlike most as a person who has worked on a major Intellectual Property for a company outside of the IP owner.


This last point is the most important. Regardless of the control the IP owner may or may not have a film or outside project of the IP owner's will always, always be an interpretation of their IP by outsiders - may they be familiar with the IP, fans or the hardcore. No two fans have the exact same view on all things in an IP.

I will try to avoid spoilers, but I can make no guarantees, but with out further ado......... 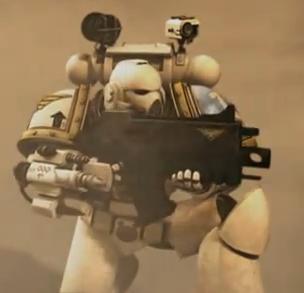 I know the CGI style has been a massive bone of contention for many people, but it's serviceable and works most of the time. It looked fine up close to the marines but some of the long/far shots did blur a little (like a games console/PC struggling with a high spec game). The Chaplain's armour was awesome, but yet the CSM armour was bland for the most part.

Many people where expecting something akin to any of the Dawn of War Intro's ( One Two ) I wasn't.
Why? Well for starter's its more than common for game's super duper CGI intro's to be done by another company that is not the game makers - even Bungie have done this with Halo. Go and watch the game's credits. Secondly the Budget was tiny without a single penny from Games Workshop, Codex Pictures budget for the whole project (that took 5 years) was probably a lot smaller than the catering budget for 3 months on any major Hollywood film - just think about that before you say you could do better than Codex. 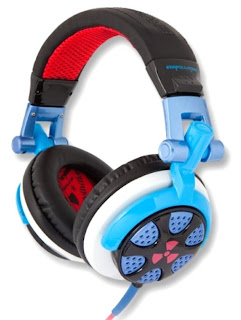 In my opinion both where spot on.

The voices where spot on for Space Marines, deep but not dumb, while still keeping an edge of restrained arrogance. The Veteran Marines sound spot on as well as the cock sure youngsters. The Bolters sounded... well 'boltery' and the Chainsword sounded like the weaponised garden instrument it should be while being menacing. 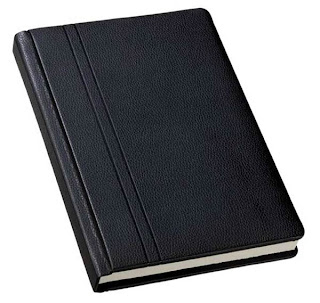 Now here's my bone of contention. It's not the story - A simple rescue mission turns to fetch quest goes wrong. Many films have done this perfectly fine. But the plot is just meh. For those who don't know plot is the series of event's that happen in sequence that make the story - plot is what happens, story is what it is all about.

Maybe the twists and ambushes where obvious as I am a 40k fan, a Sci-Fi fan, and a action movie fan, but they where just lacking. Lacking something beyond anything you can see or hear.

My personal views and musings
Right we all know Dan Abnett wrote the screenplay. But writing a screen play is a diffident kettle of fish than writing a novel. This is one of the many reasons book to film translations have never been purely faithful - even comic book ones.

But what really pee'ved me off was the unnecessary MacGuffins, mainly the Banner - it just wasn't needed, and there was no command squad present - never mind a brave Veteran (without rank) to carry it. While the main body of the banner was pulled taunt as to not flurry around in the wind kind it back fired effect wise because it looked like it was made from cardboard.

Secondary the big plot twist, even a non 40k fan knows what it is because too much time is spent back on the Strike Cruiser at the end before it all kicks off again.

From a fluff/fan point of view the Marines are promoted from Scout to Tactical Squad (in the 2nd Company no less!) in one go, none of the Devastator to Assault to Tactical via the reserve companies nonsense like the 5th edition codex says. Also the Sergeant goes off in the Land Speeder - Say wha-? Background wise Land Speeders and bikes are crewed by Assault Company members or Assault Squad members from the battle company - not the tactical squads.

But yet this un-fluffy series of events is explain in the mini comic that comes with the DVD. If you need a mini comic to explain stuff then don't do that stuff!!

Other niggly stuff included:
Power Armour gave all the Marines "Stormtrooper syndrome"
A Whole Company Dead!!!? (This is a Matt Ward level of stupid!)

Enough of the bad what I really liked was:

The scene where the Sergeant was arming up with the Servitor/Thrall - bloody fantastic and totally in fitting with the background.
The Voice cast where all superb, I quite liked the Apothecary Pythol and he had the funniest line in the film:

Proteus "The Emperor Protects!"
Pythol ".. but having a loaded Bolter never hurt neither"


The delivery and timing was spot on, I've seen it four times now and I always laugh at that bit


Right I'm going to end here now before I just start making lists of low and highlights. There are many things I haven't covered as there is a lot to go though (good and bad). I think it's best to think of this as a "Proof of Concept" or a Pilot episode.


Personally I want to see a "Band of Brothers" style mini series about the Imperial Guard, as when you bring in human characters that people can related to (fans and non fans) that's when things start to click and work.